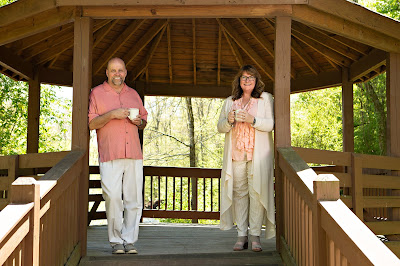 A little bit about us, our names are Johnny & Gail Williams.  We have been on a spiritual journey all our lives, but we will start with where we are now after reaching our 50's.  Between us both we have been immersed in several denominations, being raised Seventh Day Adventist & Baptist, we ventured out into Charismatic churches with some experience in Church of Christ coming back to Baptist, but never feeling like any of them had it right with Yehovah (God) our Creator.  Our hearts were full of LOVE for Him but there were so many unanswered questions and yearning for something more.  We began praying earnestly to Yehovah/God for revelation, for knowledge, for help in what we were to do.  Just like always, HE began showing us in scripture things that had always been there, yet everyone washed over them as if they didn't matter.

It was kind of funny because where I had issues, Johnny was ok with, like keeping Shabbat.  I was raised in SDA and with it being a bad experience I was NOT going back to that(all about me and my wants).  Johnny had felt for years we needed to keep the Sabbath Holy but was ok with keeping Sunday because it was comfortable. Now we were seeing it was no where in scripture to keep Sunday.  In fact, as we dug deeper we realized little things on Jewish culture and history of the time frame that we in the Western world didn't understand changing the whole dynamics.    For instance, Constantine changed the Sunday Law of Worship because the New Testament church met on Sundays for Christ's Resurrection. We couldn't find that in scripture.  We were told that its just what Christ followers do.  When we realized that Yeshuah/Jesus and ALL His disciples did NOT do that, well that was not good enough for us.  Every time we prayed Yehovah would show us again another scripture verifying what HE said.  Well, being a researcher I set off to find why and when Sabbath was changed.  There had to be a very good reason or so many would not be following it!  Surely it was SOUND DOCTRINE!  Well, it was, MAN'S DOCTRINE.  NOT from Yehovah.

I remember sitting out in my swing crying because I had been taught to keep Shabbat but had walked away from it even to the point of becoming an Atheist for a time.  Why?  Why when I became a Christian did HE not show me everything right up front?  Suddenly, just as the night I gave my heart to Yeshuah (Jesus' Hebrew name) I felt HIS presence and HE began to show me each place where we were at was a journey, a teaching, we were in school so to speak.  He had us where HE wanted us for HIS GOOD PURPOSES.  After all, that is what I had prayed, he reminded me.  'Use me Lord for your good works.'  So, I surrendered yet again to His teaching me personally.  I agreed with Johnny he was right to be leading us in this direction.

We also believed the 'Old Testament' was for the Old Covenant and Jews not for us Christians.  Again, no one could show us in scripture where that was.  They sure could show us their 'good ideas ie doctrine.  But no where in scripture.  The more we searched the more we found if we followed Jesus, Yeshuah as the Angel Gabriel called Him, in repetition.... follow as HE DID, DO AS HE DID, AS THE DISCIPLES DID...and they followed the OLD TESTAMENT...Wow!  We are to follow the Feast and the Commandments!  Now reading the scriptures new and old testaments has a WHOLE NEW MEANING!

But, as with anything, I do 500%, I began scouring the scriptures, learning so much.  We still had the issue of clean biblical diet.  I was good with it, but Johnny... not so much.  He did not want to give up a few things specifically PORK.  I knew it was bad for you anyway and I gave it up quickly.  It was a struggle for Johnny.  He would justify and even use those cherry picked scriptures for awhile.  I tried to keep quiet for the most part. Sometimes, ok more than sometimes my eyebrow would go up.  The Lord assured me to just worry about myself and HE would work with Johnny.  I had enough stuff ahead of me to work on and didn't need to worry about him or anyone else for that matter.  Oh boy did I.  Funny a year or so later out of the blue Johnny started talking about eating clean and letting people know we did not eat pork or shell fish, mainly bottom feeders.  They were the cleaners of the earth and Yehovah instructed us not to eat them.  I was shocked.  I asked him what happened.  He said Yehovah had been showing him scripture after scripture till he could to turn from it any longer.  He had been following it for some time and didn't even tell me.

We still both had the 'Christian Holidays' to deal with.  Easter is easy.  We just celebrate Passover and it was not a big deal.  Christmas, well this has been a hard one for us.  We have taught our kids to honor Christmas as it was our savior's birth.  It's a family tradition.  It's a family holy day to celebrate the birth of our savior.  We told them to stay away from Santa as that was not what we celebrated.  Honestly, when they were little until 7-8 we did do the Santa thing in a ridiculous over done way.  Then we backed off and focussed on it being holy and all about Christ.  What was the harm in that?  Right?

The Sovereignty of God
1Hear ye the word which the LORD speaketh unto you, O house of Israel:
2Thus saith the LORD, Learn not the way of the heathen, and be not dismayed at the signs of heaven; for the heathen are dismayed at them.
3For the customs of the people are vain: for one cutteth a tree out of the forest, the work of the hands of the workman, with the axe.
4They deck it with silver and with gold; they fasten it with nails and with hammers, that it move not.
5They are upright as the palm tree, but speak not: they must needs be borne, because they cannot go. Be not afraid of them; for they cannot do evil, neither also is it in them to do good.
6Forasmuch as there is none like unto thee, O LORD; thou art great, and thy name is great in might.
7Who would not fear thee, O King of nations? for to thee doth it appertain: forasmuch as among all the wise men of the nations, and in all their kingdoms, there is none like unto thee.
8But they are altogether brutish and foolish: the stock is a doctrine of vanities.
9Silver spread into plates is brought from Tarshish, and gold from Uphaz, the work of the workman, and of the hands of the founder: blue and purple is their clothing: they are all the work of cunning men.
10But the LORD is the true God, he is the living God, and an everlasting king: at his wrath the earth shall tremble, and the nations shall not be able to abide his indignation.

You could have took nails to a chalkboard when we come upon the scriptures on how Yehovah felt about that.  We hung our heads low. Began to take a back seat in all the festivities as the world was vamping it up.  We found our selves pulling back to the point of not decorating for it.  Last year we ended up putting up a white 'Colorado Tree with lights' as a winter tree not a Christmas tree. NO gifts under it.  We decorated for 'winter'.  After all I decorated for Fall and there was nothing wrong with that.  This year we feel like that is fine as long as we wait till after December 25th as a sign it is NOT for the pagan holiday that Yehovah hates.  Not sure we will.  This remains to be seen.

So, we began to dive into all sorts of new things we had never seen before.  Do we have it all down?  NO!  Emphatically, we are learning new things everyday!  We feel like a new Christians again discovering the depth of Yeshuah in Yehovah!  It's thrilling!  It's exciting!  We can't wait for Shabbat to get here each week!  We yearn for each Feast!  We learn so much each time we go through them!  They all point and scream Yeshuah!  Yehovah never ceases to amaze me!  There is so so much right there in scripture we never saw because we were following a doctrine and not Yehovah!

Johnny always says in the words of Rico Cortez, 'Don't take my word for it, go research it  for yourselves in fear and trembling.'  So, we did!  We are doing this very thing!  We keep doing it and are amazed at just how much we were following traditions and man, nothing of Yehovah and HIS word, Yeshuah!

We have had so many ask us what in the world are we doing and why.  We decided to put this together for those who are interested, they can follow our data trail and decide for themselves.  As we learn, we post.  For those who truly search out Yeshuah, who LOVE HIM, who LOVE Truth, we sincerely hope this helps you on your journey/school.  REMEMBER, you will have to lay down everything you have learned from man, from denominations, and just be open to Yehovah teaching you and receiving it.  ALWAYS check it with scripture.  If its not there then don't run with it.  We never knew how much we were holding on to tradition and denominational theology instead of Yehovah.  Hang on for the ride of your life!  There is nothing like riding with Yehovah!

We leave you with the Aaronic Blessing in Numbers 6:22-27 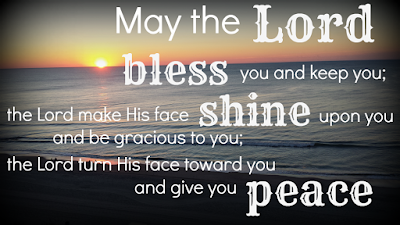 22Then the LORD said to Moses, 23“Tell Aaron and his sons: This is how you are to bless the Israelites. Say to them:

24‘May the LORD bless you
and keep you;
25may the LORD cause His face to shine upon you
and be gracious to you;
26may the LORD lift up His countenance toward you
and give you peace.’
27So they shall put My name on the Israelites, and I will bless them.”
https://biblehub.com/bsb/numbers/6.htm 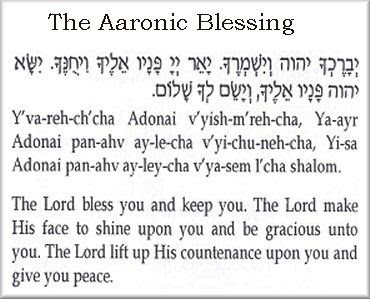